This study was managed by CROMSOURCE on behalf of a mid-size pharmaceutical client, specialised in respiratory medicine.

The trial involved 35 sites in 5 countries across all regions of Europe, tasked with randomising 177 subjects with moderate to severe COPD in a period of just 7.5 months.

CROMSOURCE recognised that one of the challenges inherent with this study was the requirement to demonstrate reversibility in subjects with COPD, plus the use of 24hour Holter ECG recording. Additionally, the 23 exclusion criteria meant that screen failure rate could be very high (the planned level was 50%).

CROMSOURCE conducted a full Feasibility Plus analysis and identified sites not only with the highest potential to recruit subjects with moderate to severe COPD but also those sufficiently experienced with clinical trials to manage screen failure rates and use of the Holter device successfully. CROMSOURCE also implemented a plan to deeply train and engage sites and subjects in reporting COPD exacerbations.

Recruitment closed and data lock delivered more than three months earlier than planned. Due to the quality of sites selected and CROMSOURCE’s operational excellence, screen failure rate was far lower (27 vs 50%) than predicted. 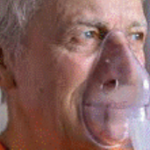