The C1PED01 study was managed by CROMSOURCE in 2012, and was a central aspect of the client’s Pediatric Investigation Plan (PIP). The study involved 85 sites across all region of Europe, tasked with recruiting a total of 587 pediatric patients with partly controlled asthma in a period of eight months.

In addition to the challenges inherent in pediatric projects, CROMSOURCE understood that the presence of centralised spirometry and daily, centralised home- PEF monitoring in subjects aged 5-11 years would represent a challenge with respect to logistics and data quality, and also to compliance and retention.

CROMSOURCE conducted a full Feasibility Plus analysis and identified sites with the highest recruitment potential experience in studies including children. CROMSOURCE ensured sites were very well-trained with respect to the central spirometry aspect and that they understood the importance of the home-PEF assessments. In addition a patient retention strategy was planned and implemented, including provision to the sites of small gifts (pencils, Lego etc.) to give participants during the course of the study. This strategy was approved by the applicable Ethics Committees.

Recruitment began and remained ahead of schedule.

Recruitment closed one and a half months earlier than planned and all subsequent activities remained ahead of schedule. Screen failure rate was 30% below that planned, ensuring that the number of randomised patients was above that required. Drop-out rate was extremely low for studies of this nature (<3.0%).
High levels of protocol compliance were evidenced by a total of only nine subjects from the ITT population being excluded from the Per Protocol population. Needless to say the client was delighted with the delivery of this challenging project. 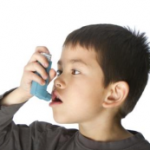 Recruitment closed one and a half months earlier than planned...

...screen failure rate was below that planned...